The Artwork may be different on the Original Release
Watch out for the new album by Melanie, 'Paled By Dimmer Light', tentatively set for release on July 5. 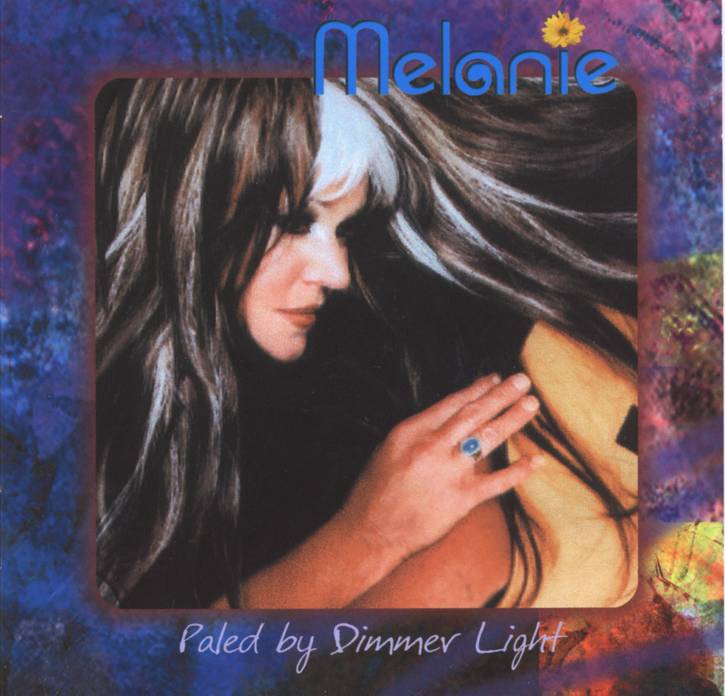 Songs from the Prerelease March 2004

And on the back cover:
- - -
For three years Melanie, who became the voice of an era in one magical
instant onstage at Woodstock, has been putting the pieces in order.  This album is a
kind of rebirth - an ignition of the creative energies with which she had
first conquered the musical world.  She has, in short, lived a rare life.  But
all of it was just a prelude to what's about to come.  There's something new in
"Paled by Dimmer Light".
"I feel like a person who's never been heard" she declares.  "Maybe people
think they've heard me, but they never really have.  I'm a new artist.  I'm
having so much fun with my voice - a person shouldn't be allowed to have so much
fun."  Meet Melanie again - for the very first time.
- - - 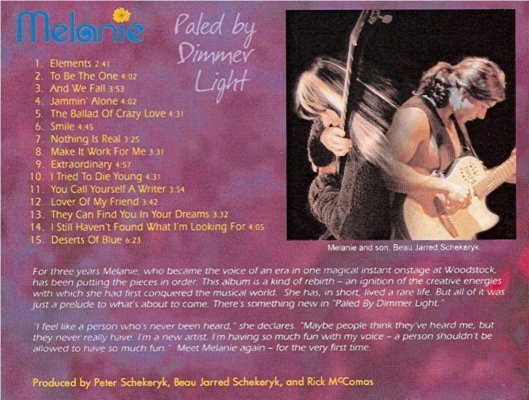 I tried to die young